83% say economy is poor though labor market is strong 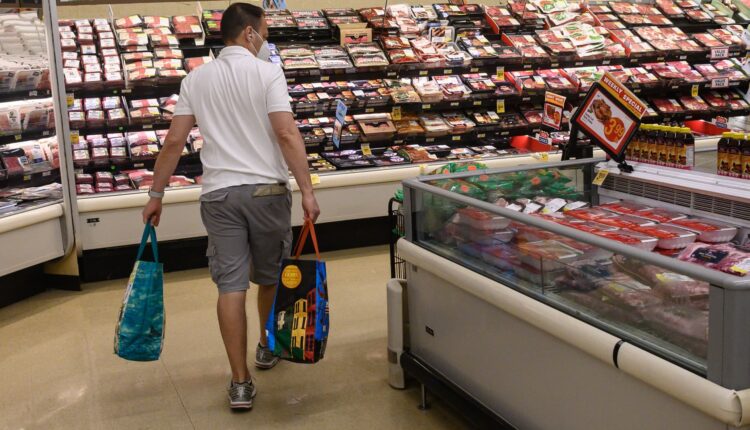 Americans are feeling ultra pessimistic about the economy, according to a new survey by the Wall Street Journal and NORC by the University of Chicago.

A whopping 83% of respondents describe the economy as poor or not so good. And 35% said they were not satisfied with their own finances, the highest level of dissatisfaction reported since the survey started in 1972.

However, compared to prior years, the economy is actually in pretty good shape, economists say. “If we’re talking about what has happened in the last year and half, or even the last five years, thing have generally been improving,” says Dean Baker, a senior economist at the Center for Economic and Policy Research.

Inflation is the biggest story of the day …

Americans perceive the economy the way they do for two main reasons, Baker says. One is inflation. “Americans are looking a high prices, particularly high gas prices, and people buy gas every week,” he says. “It’s a big hit to their pocketbooks.”

Americans are looking a high prices, particularly high gas prices, and people buy gas every week. It’s a big hit to their pocketbooks.

Seeing constant headlines about rising prices might make Americans feel like the economy is worse than it is. “The coverage of the economy has been pretty focused on inflation,” he says.

… while the ‘fantastic labor market’ doesn’t make the news

Americans could easily find optimism in job growth and higher wages, Baker says: “This is the best labor market since the late 1960s.” Total nonfarm payroll jobs increased by almost 400,000 in May and unemployment stayed at 3.6%.

Unlike inflation, though, job growth is being covered less by popular media outlets.

“We do one-thousand things a day and if I go to the grocery store and I see milk has gone up 5 cents I might not notice that much,” he says. “But if I turn on the TV, it says milk prices has gone up, that is what has been emphasized.

“This is a fantastic labor market, but [Americans] don’t hear that. They hear that the price of milk went up.”