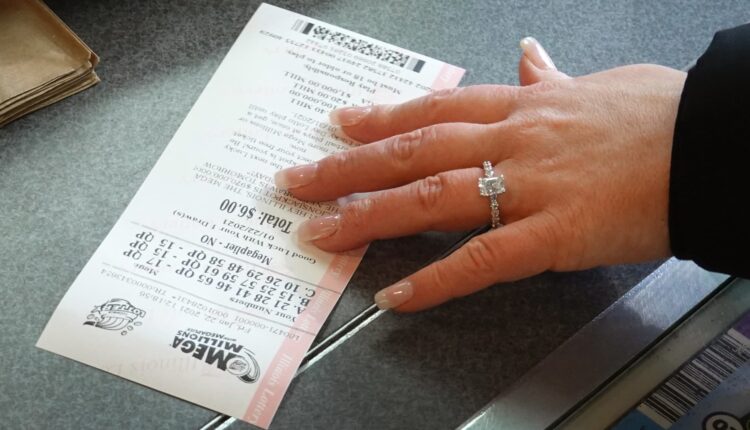 The winner of California’s $426 million Mega Millions prize, the largest jackpot of 2022, has been revealed.

Kristine Wellenstein of Los Angeles bought the winning ticket in January at a Chevron station in Woodland Hills. The California Lottery released her name on Wednesday and said her ticket was the only one to match all six numbers, according to NBC Los Angeles.

“When I realized I’d won, I was overcome with so many emotions, but mostly gratitude,” Wellenstein told The California Lottery in a statement obtained by NBC Los Angeles.

Although California law requires the name of lottery winners to be made public, Wellenstein is hoping to stay as private as possible, and didn’t release a photo of herself.

Wellenstein hinted at plans to pay it forward. “I want to give back and support local and global-based initiatives, and my team is in place to help achieve those objectives,” she said. “The real impact of my life’s work begins now.”

Her statement is telling, says Susan Bradley, a certified financial planner and founder of the Sudden Money Institute in Palm Beach Gardens, Florida, and a good sign.

“She’s in really good shape. She’s absorbed the initial emotions and it sounds like she’s operating from core values, like she’s putting beliefs into action, and she has a team, so those three things are a pretty big deal,” Bradley says.

What the jackpot winner is doing right

Bradley, who has advised past lottery winners, says enlisting the help of experts who you can trust is one of the most important thing a winner can do. Specifically, she suggests hiring a team of people she calls a “brain trust.”

The team would include a certified financial transitionist, a certified public accountant, an attorney, and a philanthropic consultant, she says.

Wellenstein opted to take the lump sum as a result of her win, meaning her payout was around $290 million, according to USAMega.com. She’s even luckier she lives in California, where jackpots aren’t taxed on a state level.

“I wish her well. I think it’s just a beautiful statement to make, even if it’s a challenge to do everything she wants,” Bradley adds. “She’ll never be the person she was before she bought the ticket at the gas station.”