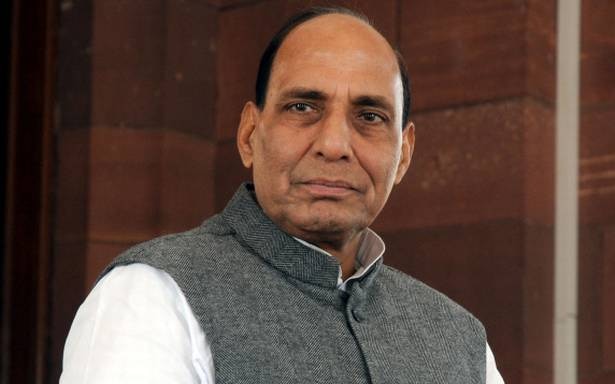 Defence Minister Rajnath Singh made ‘beneficial’ to his Vietnamese counterpart General Phan Van Giang. After the talks, a ‘vision’ to enhance bilateral defense cooperation between India and Vietnam on Wednesday. signed the document. Singh reached Vietnam on Tuesday on a three-day visit.

Singh tweeted, ‘‘Excellent meeting with the Defense Minister of Vietnam Gen.Phan Van Giang. We resumed talks on expanding bilateral cooperation. Close defense and security cooperation between us is critical to stability in the Indo-Pacific region.’’ The common vision document was signed for significant expansion of defense ties in diverse areas by 2030, officials said.

Singh said, ‘‘We held wide-ranging discussions on effective and practical initiatives to progress bilateral defense ties and regional and global issues.’’ He said, ‘‘after extensive deliberations, we have come up with a ‘Joint Vision Statement on India-Vietnam Defense Partnership Towards 2030’ (Joint Vision on India-Vietnam Defense Partnership, targeted at 2030), which will significantly expand the scope of our defense cooperation.’’

The relations between the two countries were referred to as ‘‘Strategic Partnership’’ during the visit of the then Prime Minister of Vietnam Nguyen Tan Dung to India in July 2007. status was given. Prime Minister in 2016 Narendra Modi to Vietnam, this status was elevated to ‘‘Comprehensive Strategic Partnership’’ was done. Vietnam, India’s ‘Act East Policy’ and ‘Indo-Pacific Vision’ has become an important partner in.

Elon Musk on YouTube: This time YouTube is targeting Elon Musk! Many tweets one after the other, said this